white spandex always puts me in a festive mood!

The Thirteenth Day of Writemas

so today, a final diddy, and another submission from the lovely Hilary Friesen

“The story structure of film is very formulaic – …

The Twelfth Day of Writemas

almost didn’t make it here today due to technical difficulties but got it in just under the wire…. and today, Mr. Jordan Wheeler = last ndn i swear! (at least during Writemas)

first a bio – uncharacteristically short winded for the Wheelerster - Jordan Wheeler is a member of the Gordon First Nation.  He’s been writing stories since 1982. Aaaand he’s on NativeWiki – check it! (NativeWiki = just as “Made it” as white person Wiki).

The Eleventh Day of Writemas

ok so i’m returning to the Aboriginal Writers Collective theme cause, well, they’re the ones who have sent me stuff. that and i heart them so bad!! so today, enjoy a little of the 2009 Lansdowne Poetry Prize winner Rosanna Deerchild:

Rosanna Deerchild is Cree from South Indian Lake, Manitoba. Her first book of poetry this is a small northern town was published in 2008 by The Muses Company (J. Gordon Shillingford). An award winning journalist, Rosie … 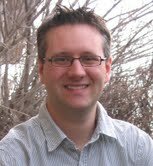 The Ninth Day of Writemas

sing it loud people!!!! – ON THE NINTH DAY OF WRITEMAS MY TRUE LOVE GAVE TO ME

The Eighth Day of Writemas

on the eighth day of writemas kate starts to realize that this is a bigger project than she originally thought ….

and shares one of her favourite poems by Ms Elizabeth Denny!!!

(the last of my Aboriginal Writers Collective submissions – unless of course those members former and current who “FORGOT” or “DIDN’T CHECK THEIR EMAIL” suddenly remember to send me something!!!!!)

Elizabeth Ann Denny is a proud Metis writer from Winnipeg. Her writing which takes many forms, can be found most recently …

The Seventh Day of Writemas

On the Seventh Day of Writemas my true love gave to me . . .

The Seven Deadly Sins from Dante and Pope Gregory I?!?

– “ALL highly applicable to writers!”-

Extravagance – Eschew such that you may write.

Gluttony – Eat when you can that you might have strength to write.

Avarice – Turn your back upon wealth as it distracts from the story that you should be writing.

Discouragement – Don’t be, not …

The Sixth Day of Writemas

A warm and steamy poem from Maeengan Linklater

Check it: Maeengan Linklater: a First Nations writer and filmmaker (www.maeengan.blogspot.com). His first film, First Nation Winnipeg: The Heart of a Home, co-produced with Jim Sanderson, premiered at Cinematheque in Winnipeg last year. He is working on a full-length poetry collection (forthcoming). He is currently on the board of the Manitoba Writers Guild. … And he has the best profile pict on …