The Twelfth Day of Writemas

almost didn’t make it here today due to technical difficulties but got it in just under the wire…. and today, Mr. Jordan Wheeler = last ndn i swear! (at least during Writemas)

first a bio – uncharacteristically short winded for the Wheelerster - Jordan Wheeler is a member of the Gordon First Nation.  He’s been writing stories since 1982. Aaaand he’s on NativeWiki – check it! (NativeWiki = just as “Made it” as white person Wiki).

now, my favourite picture of him, photo cred to Allan Feildel, 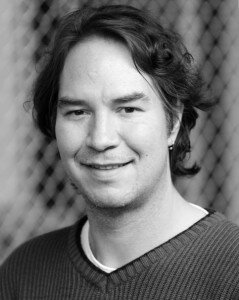 and finally, a wee story from the man himself,

It was the late 1970’s on a private school campus on the banks of the Red River.  The history class was in an architecturally boring wing, the design matching the mood of all but one of the grade ten students.  The teacher did his best to incite interest in Jacques Cartier’s meeting with the Iroquois in the 1500’s.  The attempt was for naught save for the only Indian in the class — the only Indian in the entire school.  He listened with scrutinizing ears.

The teacher stood at his desk in front of the chalkboard and read a European account of a pipe ceremony bereft of any sense of honour bestowed on the foreigners who thought they were on Asian soil.  The non-Indian students, in their expensive ties, sweaters and dress code pants, leaned on elbows as they perfunctorily jotted notes to be regurgitated in essays and exams at later dates.  The teacher quoted observations of the Iroquois smoking the pipe.  At a particular passage he added inflection for comedic effect.

“They puffed so much steam that it appeared to come out of their ears,” the teacher said, his voice high, trying to emulate surprise.

Chuckles and laughter filled the classroom and the teacher smiled, thankful for their attention.  Smiles were on all the faces save for the Indian at the back.  He raised his arm, his second hand tie shifting beneath his second hand sweater.

The teacher acknowledged him, the smile intact. “Yes?”

The Indian student lowered his arm, his prominent cheekbones held high.  “Isn’t it true Cartier wrote in his journal that the Indians had a heathenish habit of bathing daily in the streams because the Europeans didn’t know it was healthy to be clean?”

Silence fell on the room.  The Indian student heard the teacher emit a small sigh before he gave his response.  “Yes.  That’s true.”

Incredulous murmurs rippled through the class as the Indian student leaned back, a satisfied smile on his face.  An honours student in the front row broke etiquette and spoke without raising his arm.  “How could they not know it was healthy to be clean?” he asked indignantly.

The teacher shrugged.  “They just didn’t.”

More murmurs – not of disbelief but refusal to believe.

The satisfied smile on the Indian student’s face slipped away as he felt the rift between he and his classmates grow another degree.  He felt the glares, sensed the derisive whisper — heard the chortles of denial.  The remainder of the class saw the pack of teenage boys argue, pout and attempt to revise history, but to their frustration, and to the teacher’s credit, they could not.

The bell rang and with grim triumph the brown Indigenous student packed his books and walked into the crowded hallway – alone.