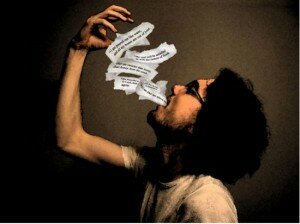 I know I know not everybody LoVeS poetry… so I have heard anyway… I just choose not to believe it!

But for those of you who are definitively nOt haters, you should check out the Poetry Foundation website…. oooo Nelly (who IS Nelly anyway?) there is some good stuff to be found there…

not only does it have the Poetry Tool - how great a name is ThAt?! It’s a database where you may search their plentiful archives by poet or poem, first line or title, subject or occasion?!?!

and the very hip – Harriet: The Blog – named after the magazine’s historical founder Harriet Moore but oh so very current,

BuT this is the website where you also find links and issues of the timeless Poetry Magazine!!!! eeeee  - I think this is how normal people feel when they watch their aging Rock icons in Reality TV shows -

For those of you who don’t know Poetry Magazine is considered the epitome of the Lit Mag! The uber sophisticated of the literati sheeeek! Poetry is to poetry geeks what Vogue is to fashion geeks! Just ask Wiki, (good ol’ Wiki) who tells us,

The Magazine has always been known for its ear to the ground of what’s hot in poetry (see, poetry can be so HaWt!), Poetry has been around since 1912 when founder Harriet Moore (the Gene Simmons in this scenario) wrote the magazine’s mission statement as,

“The Open Door will be the policy of this magazine—may the great poet we are looking for never find it shut, or half-shut, against his ample genius! To this end the editors hope to keep free from entangling alliances with any single class or school. They desire to print the best English verse which is being written today, regardless of where, by whom, or under what theory of art it is written. Nor will the magazine promise to limit its editorial comments to one set of opinions.”

Nowadays Poetry is headed up by Christian Wiman, prints 300 poems per year out of approximately 90,000 submissions!!! Not really the Open Door scenario Harriet had in mind I think, but I suppose with that kind of historical acclaim comes high demand, and not only does the mag have amazing roots and widespread critical success, it also boosts a circulation of 30,000! An extraordinary number for a publication dedicated solely to poetry!

So there you go, have a looksie, get inspired… Even the submission page is neato, they have a tracking tool that let’s you see where you poems are in the submissions process. They think of everything!

And they read all year!

(Photo cred to the beautiful people at artslink)